It was on a whim I applied to the only international airline I really knew at the time, American Airlines. I had heard of American, but never flown with them. To be honest, I’d only flown 3 times before in my life. The first time was at the age of 10, the second at the age of 21(on Airtran, remember them?), the third at 23(With Southwest). None were international flights, in fact, at the age of 30 I didn’t have a passport, and hadn’t been out of the country.

It took a couple months to hear back, and I had no idea what I was doing or how competitive the running was, but I ended up getting a face-to-face interview in DFW. I didn’t know that some people applied 8+ times to get in. I didn’t know people had read and studied for their face-to-face interviews. And so, I went in blindly, a smile on my face and in the best suit I could manage. In the end I didn’t get the job. It wasn’t a surprise, looking back now. The competition was steep and I didn’t even understand the industry.

But, that failure made me want that which I was told I wouldn’t be good enough for. So I researched airline names and applied to a couple other airlines without knowing what the difference was. A month later found myself at another face-to-face, this time with a regional airline to American, it seemed fine to me at the time, and when I was offered the job I took it. How wrong I would find I was.

I trained, I worked, I learned. It was less roses than thorns.

But in that time I learned. I learned about the industry, the lifestyle, the job, the clientele, the unions, the differences between regional, mainline, private, charter, the different companies and cultures within them. And I applied to three airlines within 6 months that had open applications at the time. I was unhappy at my current company, but I knew I loved what I did. I heard back from all three airlines before I hit a year at my current airline. Hawaiian, Alaska, and again mainline American, all invited me to face-to-face interviews. So, I flew to their hubs, and one by one I was turned down. I was broken. I was always able to get to the face-to-face, but I was lacking something while there. But I now knew the competition was stiff. So, despite being downtrodden I was more determined to find a company I would fit in with.

Then my dad suddenly passed. There was a time of reflection on my life, what I was doing, what I wanted in life, and how to find happiness in what I did.

Delta had opened up applications, and I thought, “It is a Southern company, maybe I’ll fit in there.” And applied, not thinking I’d get a response. I heard Delta was the hardest airline to get on with as a flight attendant. They had the longest training and were, even in the opinion of many mainline American airlines flight attendants, cream of the crop. They were the glamor left from the Pam Am day.

Within 2 weeks I was through the application, the assessment, the video interview, and scheduled for a phone interview with Delta. I wasn’t surprised or even anticipating much, as I had gotten to face-to-face with all the other airlines, but the face-to-face was always my downfall. I had a friend who had done the face-to-face and didn’t make it. On the day of the phone interview, the call never came. It took a month, but I was finally able to get in touch with someone to reschedule the call. To my delight, I talked to a Flight Attendant named Candy doing the phone interviews. She was the first Delta Flight Attendant I’d ever interacted with, and I felt like I was talking to an old friend. It was reassuring. Within a minute of the end of the call I got an email invitation to the face-to-face a month away.

In that month interim, I found myself growing more and more unhappy. My dad’s passing was still painful, the work environment I was in was hostile and stagnant, and I had I completed one year of flying, but felt ready to move on, even if it meant not being a flight attendant anymore. But I remembered I was being given a chance for a position with an airline I didn’t even apply to at first, because I didn’t think I would ever be good enough to be considered.

January 9th2018 came, a new year, a new chance. And I found myself among the most eligible candidates I’d ever seen at a face-to-face. Meaning the competition was steep. But I found friends there, happy, optimistic, smiling faces. People who I wanted to succeed in the interview and get the job. And I kept my eyes on them the whole of the day, sending them a reassuring smile when we were separated into different groups. They were genuine people, not put on for the sake of appearances like so many I’d “friended” at the other interviews (and I will say now both of them got a CJO that day!)

There was about 65-70 of us there, and we were told 1% make it. That far they had gotten 268,000 applications, and were hiring 1600. They needs about 100 more. If my math was correct, there would be about 7 people getting in that day. And I certainly wasn’t the most qualified, well-spoken, attractive, attentive, friendly, or outgoing. I wasn’t even one of the top 10% from what I heard during introductions and spied as I scanned the room. Somehow though, I felt comfortable and confident in myself. I had already done 4 face-to-face “practice runs,” if you think of it.

The turning point of the process was the one-on-one interview. To me, that was the biggest determining factor. And though I had great answers, well formulated in STAR format, I didn’t think the interviewer thought I would be a good fit. And I could feel myself sinking into a, “Well, maybe the next interview I’ll get a CJO,” attitude. But then I got the, “Any questions for me?” It was an opportunity I had to take. “I don’t have any questions, but can I tell you what it is that makes me want to be part of the Delta family?” The interviewers eyes light up, I saw interest, not boredom. And so I took a minute to explain, Miss America syle. I didn’t think I was the most qualified to become a flight attendant for Delta, but I knew I would be a great addition to the family. I humbled myself, and I think that is what made the difference that day. I left the room, not too confident that I had gotten the job, but I felt like that had been the best interview I had done thus far. I was myself, not a perfect envision of what a flight attendant should be.

At the end of the day, I was one of the last 11 to be called. We were the ones offered CJO on the spot and got all of our paperwork and testing out of the way that afternoon. I cried, it felt surreal to know in the next month or so I would be going through training again, but with an airline I could call home. My dedication and belief in myself paid off.

I started training February 12th2018. It was the worst experience. I had a roommate who had sleep apnea and snored like a freight train, who cooked in the room and made it stink and everything in it, who called her baby daddy on the phone and yelled the whole time, and several class mates that were “mean girls.” I was sleep deprived. And honestly, I was happy to get out of that place and back out of the line, flying.

So, that is my story. 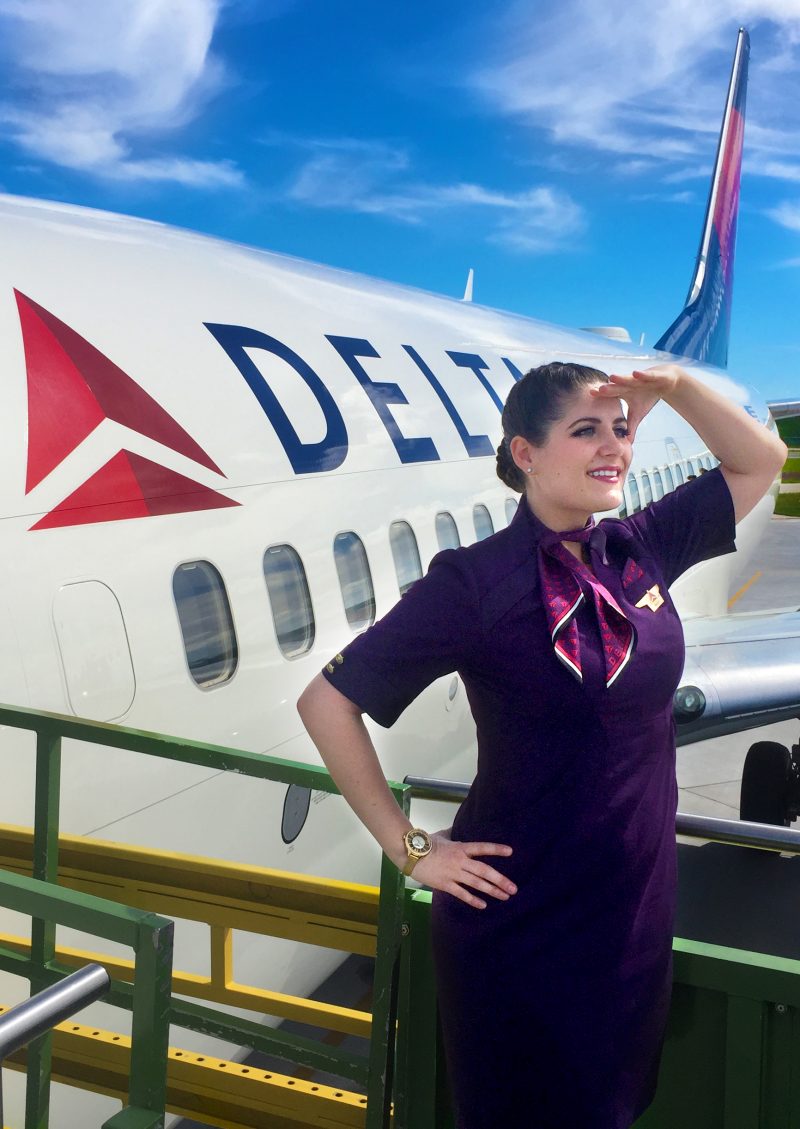 Hello, my name is Randi! Cajun from Louisiana with a heart full of adventure and awaiting the unexpected that have takes me all around the world as a flight attendant! I'm passionate about creating beautiful things, seeing the world, and encouraging others to chase their dreams. Let's be friends!